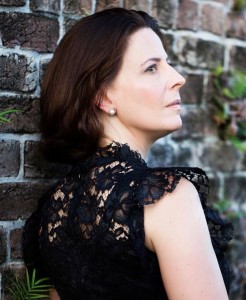 Alison, has pursued a Renaissance-style professional career as both a soprano and marketing and communications professional. As a singer, she has been featured as a soloist or principal artist with a wide range of regional and nationally-recognized performing arts organizations, and is known for taking on new and non-standard repertoire and arrangements. She recently premiered song and chamber works by Houston composer Joe LoCascio and originated the role of Dorothy Parker in the world premiere of Night at the Algonquin by Omari Tau with Lone Star Lyric. Regional opera credits in Texas include Norina in Don Pasquale with Opera in the Heights, Dew Fairy in Amarillo Opera’s production of Hansel and Gretel and Sister Genevieve in Puccini’s Suor Angelica with the St. Cecilia Chamber Opera Series. Some of her other favorite roles performed include Mabel in Pirates of Penzance, Rose Maybud in Ruddygore, Susanna in Le Nozze di Figaro, Zerlina in Don Giovanni, Olympia in the Tales of Hoffman, and Musetta in La Boheme. Alison is currently a member of the Miller Theatre Advisory Board, where she serves on the programming committee. Alison resides in Houston, Texas, with husband Keir Murray, daughter Miranda and son Duncan.