Recipient of our Third Place 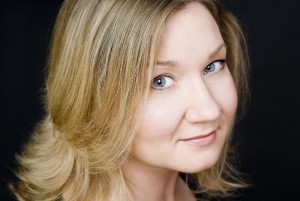 Lauded for her “polished”, “sterling” and “honest performance” (Seattle Times) soprano Kimberly Giordano delights audiences with her shimmering blend of elegance and emotion. Her 2014-15 season included the joyous Beethoven Symphony No. 9 with Orchestra Seattle and the Seattle Chamber Singers, a Three Divas Mozart concert with Christophe Chagnard and the Northwest Sinfonietta, and an innovative and intimate staging of Carmina Burana with Donald Byrd and the Spectrum Dance Ensemble, conducted by Dean Williamson. Her 2013-14 season included the powerful Verdi Requiem with Thalia Symphony and Choir of the Sound, a return to Washington Idaho Symphony in her role debut as Donna Anna in Mozart’s Don Giovanni, an appearance with Choral Arts – Seattle in the stunning Brahms’ Requiem, and Beethoven’s Symphony No. 9 with the Whatcom Symphony Orchestra under Maestro Yaniv Attar.
Her 2012-13 season included a return to Seattle Opera as Suor Osmina in Suor Angelica, her role debut as Fiordiligi in a concert version of Cosi fan tutte with Washington Idaho Symphony, and a return to the Thalia Symphony singing Berlioz’s Les nuits d’été. She also made her role and company debut with Seattle’s Music Of Remembrance, singing The Drummer in a new production of The Kaiser from Atlantis, conducted by Ludovic Morlot. Her Other recent season highlights include Elettra in Idomeneo with Puget Sound Concert Opera, Nedda in I Pagliacci with Tacoma Opera, Strauss‘ Vier letzte Lieder with the Thalia Symphony, and Santuzza in Cavalleria Rusticana with Whatcom Symphony, her Seattle Opera debut in Elektra (Die Vertraute), directed by Chris Alexander and conducted by Lawrence Renes; and Marguerite in Faust with Tacoma Opera.
Ms. Giordano’s operatic roles typify her skill of combining accomplished musicianship with nuanced dramatic portrayals, including the principal roles of Micaëla in Carmen, Pamina in Die Zauberflöte, Rose in Street Scene and the title role in Hansel and Gretel. She has appeared with a wide range of companies, including Aspen Opera Theater Center, Tacoma Opera, Lyric Opera Cleveland, Bellevue Opera and NOISE.
Equally compelling on the concert stage, Ms. Giordano made her Carnegie Hall debut in Vaughan Williams’ Dona nobis pacem with the New England Symphonic Ensemble. She has performed Strauss’ Vier letzte Lieder with the Thalia Symphony, Mahler’s Symphony No. 2 with both the Whatcom Symphony Orchestra and the Seattle Youth Symphony Orchestra, Mendelssohn’s A Midsummer Night’s Dream with the Helena Symphony, and Mozart’s C minor Mass with the Bremerton Symphony Association. A gifted performer of contemporary music, Ms. Giordano sang the role of Kelly in the West Coast premiere of Black Water, with music by John Duffy and libretto by Joyce Carol Oates. She has sung Madame Altina in Pasatieri’s La Divina, and appeared with the Affinity Chamber Ensemble, performing Elizabeth Alexander’s My Aunt Gives Me a Clarinet Lesson. Also a lover of art song, she recently performed song recitals in Seattle and New York, with works by Bellini, Canteloube, Schubert, Hundley and Sondheim.
Ms. Giordano was a winner in the Lois Alba Aria Competition, and a finalist in the inaugural Irene Dalis Competition, the Nico Castel Master Singer Competition, The American Prize (Art Song Division), the Ladies Musical Club of Seattle Award-Tour Competition as well as a semi-finalist in the Joy in Singing Competition. She holds a Master of Music degree in Voice from the University of Washington and a BFA in Music Theater from Illinois Wesleyan University.

from DIE FLEDERMAUS by J. Strauss 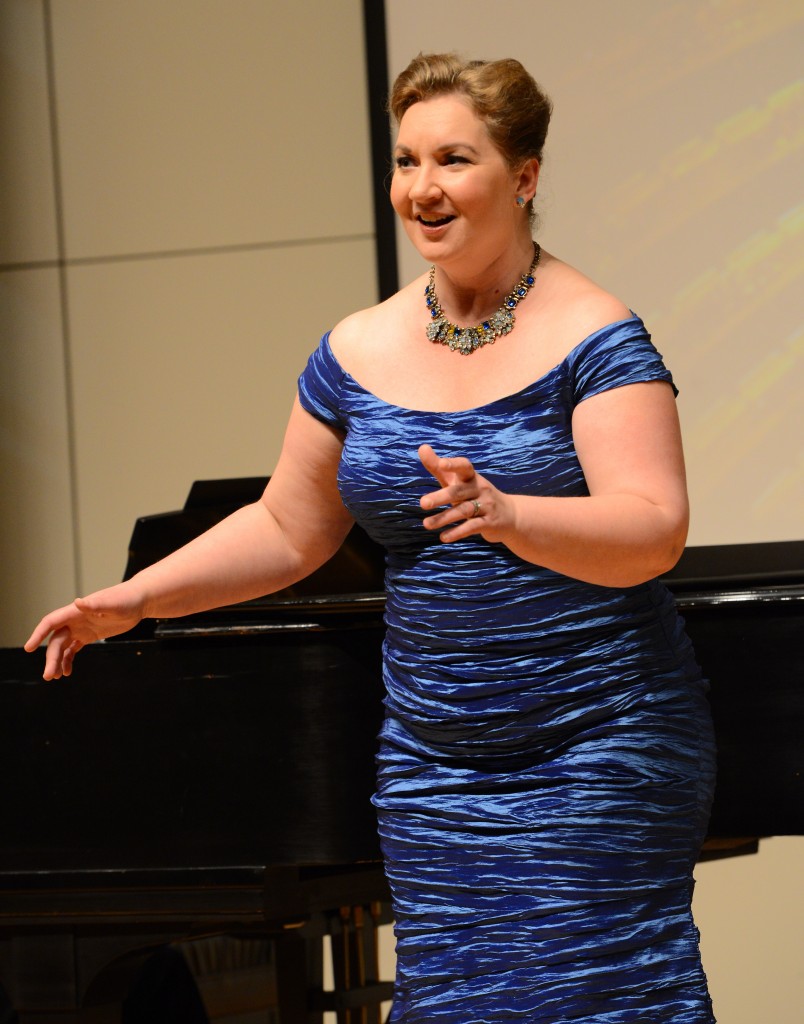 from PETER GRIMES by Britten 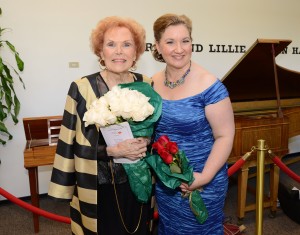