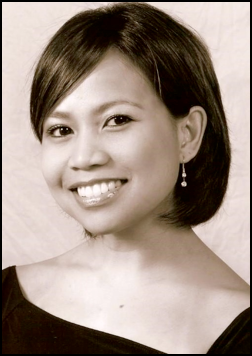 Soprano Dee Donasco is a candidate for her Masters of Music in Vocal Perfomance studing voice with Dale Dietert at Southers Methodist University.  She was born in the Philippines.  At age 10 she won the National Music Competition for Young Artists (NAMCYA) of the Philippines.  She moved to the U.S. at age 13.

Sampaguita of the Philippines