Recipient of the 2009 Second Place Award 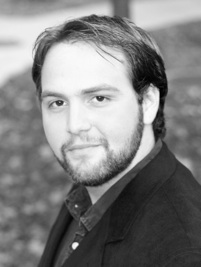 Though born in Singapore, Brent Turner considers himself a true Central Florida native.

In fall of 2005, Mr. Turner began his graduate studies at the renowned College Conservatory of Music (CCM) at the University of Cincinnati.

He also had the opportunity to travel to Lucca, Italy to study the Italian language and coach with Italian artists.     While attending CCM, he performed five leading roles    including Count Almaviva in Opera Theater and Music Festival of Lucca’s 2006 production of Mozart’s LE NOZZE di FIGARO.  His other credits from CCM include Sid in Britten’s ALBERT HERRING, Albert in Massenet’s WERTHER, Belcore in Donizetti’s L’ELISIR D’AMORE and Escamillo in Bizet’s CARMEN.

Mr. Turner has performed with several major orchestras across the United States including the Utah Symphony and the Lebanon Symphony Orchestra.