Recipient of an Anonymous Award 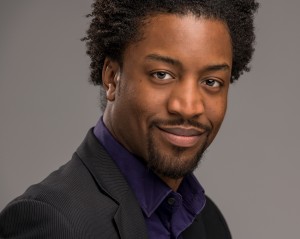 Bass-baritone, DORIAN McCALL, has been described as a very compelling singing actor with a warm, even baritone and a rich and flexible voice, recognized as having great style, musically and physically, on stage and is a 2018 MONC Encouragement Award recipient, 2018 Naftzger Vocal Division winner, 2017 Career Bridges Encouragement Grant recipient as well as 2nd alternate to represent the Texoma region at the 2018 NATSAA competition.  In the current season, Mr. McCall is slated to debut with the Painted Sky Opera as Angelotti in Tosca, Raimondo in Lucia di Lammermoor with OU Opera, and Mozart’s Figaro with the Aquilon Music Festival. He will also be featured as a concert soloist for Monteverdi’s Selva morale e spiritual of 1640 with OU’s Collegium Musicum, Haydn’s Lord Nelson Mass and Mozart’s Vesperae Solemnes with the Oklahoma Master Chorale, Handel’s Messiah with Lamar University Choirs, Saint-Saëns’ Christmas Oratorio with Westminster Orchestra, and Verdi’s Requiem with the Marvin Orchestra.  In the 16/17 season, Dorian debuted as the titular characters in Mozart’s Le nozze di Figaro at the Blooming Voce Opera Workshop, Gianni Schicchi and covered Don Pasquale with OU Opera. He also debuted as Polyphemus in Handel’s Acis and Galatea. He was also the Bass-baritone soloist for Bach’s BWV 211 with the Enid Symphony and Schumann’s Requiem with the Symphony of Southeast Texas.  In the 15/16 season, Dorian debuted as Reginald Bunthorne in Gilbert and Sullivan’s Patience with Cimarron Opera, Prince Gremin in Eugene Onegin, and Booker T. Washington, while covering Coalhouse, in Terrence McNally’s Ragtime with the University of Oklahoma’s respective theatres. He was the Bass-baritone soloist for Saint-Saëns’ Christmas Oratorio and Bach’s St. John’s Passion in the sacred series of McFarlin UMC with the Norman Philharmonic and a recitalist for the Chamber Music Series of Calder Baptist Church.  An alumnus of Lamar University, Mr. McCall is remembered as the Bass-baritone soloist for Vaughn-Williams’ Serenade to Music and student soloist for Orff’s Carmina Burana, both with the Symphony of Southeast Texas, David in Barber’s Hand of Bridge, Sarastro in Die Zauberflöte, and Der Kadi in Gluck’s Der Betrogene Kadi with Lamar Opera Theatre, as well as Mordred in Camelot, Miles Gloriosus in A Funny Thing Happened on the Way to the Forum, and most fondly as the Pirate King in Pirates of Penzance at Beaumont Community Players. Mr. McCall graduated from the University of Oklahoma in Norman, OK with his MM of Operatic Performance. 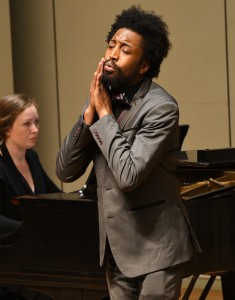