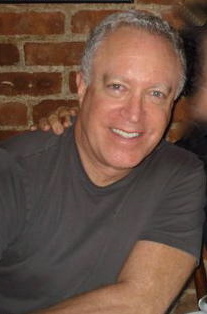 In 1973 Peter began his first semester as a drama major at Nassau Community College where, immediately after a performance of BABES IN ARMS, the head of Hofstra University’s Drama Department arrived backstage and offered him a Drama Scholarship. He quickly recognized the tremendous honor of being included in the company of so many famous alumni at Hofstra— James Caan, Francis Ford Coppola, Madeline Kahn and Lanie Kazan to name a few—and gratefully accepted. A highlight was to be the role of Clifford Bradshaw in CABARET, when a producer from the newly formed Coral House Dinner Theater offered him a contract for (as it would turn out) several seasons. Among many, three of Peter’s favorites   are   the  roles  of   Charley  in   CHARLEY’S AUNT, Dick in DAMES AT SEA and Gabey in ON THE TOWN.

For the next few years he continued performing with various companies in the New York area—Zignal 2 Company performing JACQUES BREL and AN EVENING WITH COLE PORTER at the Malibu Beach Club and Eisenhower Park. In 1976, Peter made a fateful decision to move into New York City. Within two months he was chosen as the “Burger King boy” in a series of commercials, which would air on national television for several years, and was featured as Minolta’s “Camera Boy” in dozens of national magazines. Peter spent several days filming BRIGHTON BEACH, with Ruth Gordon and Lee Strassburg, and enjoyed the pleasure of their company as they shared nostalgic reminiscences, about “the good old days” in Long Beach during the 1930’s.

For most of the following decade, Peter participated in several national tours performing both operetta and Gilbert & Sullivan, and enjoyed a special pleasure singing the song, “He’s in love” while touring KISMET with the Metropolitan Opera star, John Reardon. Appearing on Broadway, Peter both sang and danced “LizaLiza” with film legend, Ruby Keeler at a tribute to the Ziegfeld Follies. In the mid-1980’s, Peter joined the New York City Opera chorus, and for the next three years appeared in many Lincoln Center productions and several national tours. He sang in a LIVE FROM LINCOLN CENTER telecast in scenes from MEFISTOFELE with Samuel Ramey, conducted by Julius Rudel, and the great Triumphal Scene from Verdi’s AIDA under the direction of Anton Guadagno.

After nearly fifteen years as a professional singer /actor, Peter has fulfilled 2 life-long dreams by working 1 season (a decade ago) as artistic director of an opera company (National Grand Opera, at The Tillis Center for the Performing Arts at C.W. Post Campus in Long Island) and by starting his own company, “Randsman Artists Management”. Presently he is happy to be responsible for the careers of over 60 internationally active opera singers. Peter also enjoys a side career of providing artists with Career Consultations, Role Preparation sessions and Teaching Masterclasses for various young artist programs and workshops throughout the United States.  Feel free to visit his website at :