Recipient of the 2012 Second Place 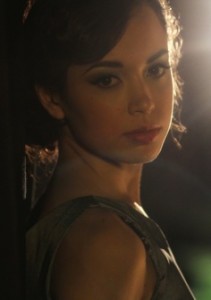 Praised by the New York Times for her “sweet-voiced soprano” and by the Wall Street Journal for her “standout” performance, 22-year old Heather Engebretson has been called a “knockout” and “delightful.” The 2011-2012 season marked Ms. Engebretson’s debut with the Saint Louis Symphony as the Queen of the Night (Die Zauberflöte) and Alice Tully Hall debut as soloist in Bach’s Magnificat. She appeared as Li in the American premiere of Kommilitonen! with Juilliard Opera in November, and covered the role of Donna Anna (Don Giovanni) with Juilliard in April. Previously performed roles include Zerbinetta (Ariadne auf Naxos), the Queen of the Night and Papagena (Die Zauberflöte), Grilletta (Lo Speziale), and Amahl (Amahl and the Night Visitors).

As a 2009 Crested Butte Music Festival young artist, Ms. Engebretson performed the role of Barbarina in Le Nozze di Figaro. She returned for the 2010 season to perform the roles of Dew Fairy in Hansel and Gretel and Musetta in La Boheme. In the 2011 season, Ms. Engebretson was a Gerdine Young Artist at Opera Theatre of Saint Louis where she covered Yniold in Pelleas and Melisande.

An accomplished violinist, Ms. Engebretson was concertmaster and soloist with numerous prestigious youth orchestras and was featured on NPR’s ‘From the Top’.

A 2006 Davidson Fellow Laureate in Music, Ms. Engebretson earned a  Bachelor of Music degree from the Cleveland Institute of Music where she studied voice with Mary Schiller and violin with David Russell. While at CIM she also completed a minor in music theory. She currently pursues a Master of Music degree in vocal performance at The Juilliard School where she studies with Edith Wiens. Former teachers include Sandra Walker and Robert Lipsett. 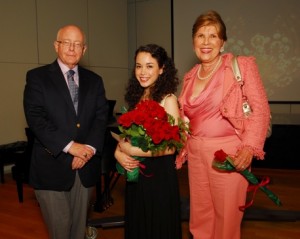