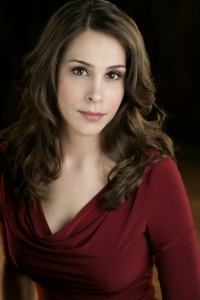 Anne Marie Stanley is from Princeton, New Jersey. She attended The Shepherd School of Music at Rice University for her masters degree and Westminster choir college for her undergraduate degree in voice performance. While at Rice she performed the role of Dinah in Bernstein’s Trouble in Tahiti and the title role in Handel’s Giulio Cesare in Egitto. In summer 2016 Anne Marie was a Studio Artist for The Wolf Trap Opera Company where she covered Female Chorus in Britten’s The Rape of Lucretia. In the previous summer 2015 she was an Apprentice Singer at The Santa Fe Opera where she sang the role of Giovanna in Rigoletto and covered Olivia in the world premiere of Jennifer Higdon’s Cold Mountain. She completed a second year apprenticeship with The Santa Fe Opera in summer 2017. She recently won first place in the Cooper-Bing Competition in Columbus, OH in May 2018. She also won first prize in the Franco-American Grand Concours Vocal Competition in Austin, Texas and The Albert M. Greenfield Philadelphia Orchestra Competition. Anne Marie recently completed a summer at Music Academy of the West in Santa Barbara, California where she reprised her role as Dinah and sang Marcellina in Le Nozze di Figaro. Anne Marie currently lives in Houston, Texas with her precious Yorkie Rosie and studies with Melanie Sonnenberg. 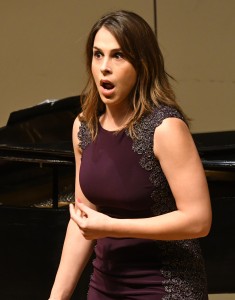 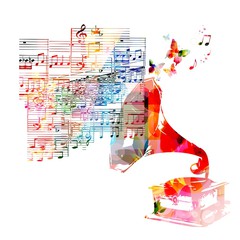