Recipient of the Emilee Peters Award 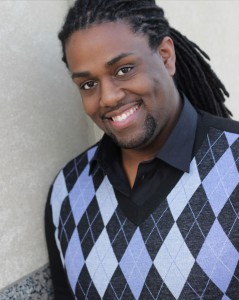 Tenor Fred C. VanNess Jr., noted for having a “domineering, fine voice” is a native of Kinder, Louisiana.  He was recently heard with the Salem Philharmonic in Salem, Massachusetts. Mr. VanNess has sung with numerous opera companies throughout New England including Don Jose in Carmen with the North End Music Performing Arts Center, Don Ottavio in Don Giovanni with Longwood Opera, and Tamino in Die Zauberflöte with Opera del West.  His other credits include Rodolfo in La Boheme, Dr. Cajus in Falstaff, Charlie in Das Kliene Magahonny and Fenton in Falstaff as part of the Montefeltro Music Festival in Novafeltria, Italy.  Mr. VanNess also has an active career as a concert soloist. His concert credits include Handel’s Juddas Maccabeus and Messiah, Bach’s Cantata 131 and Scott Joplin’s 100th Anniversary of his opera Treemonisha, an Aria Concert and Christmas concert with the Lake Charles Symphony and featured guest soloist with the Reagle Theatre for their Christmas Time show.   In 2012 and 2013 Mr. VanNess was invited to be the guest soloist for the Robert F. Kennedy Children’s Action Corps’ Embracing the Legacy Awards at the John F. Kennedy Library in Boston, Massachusetts. Mr. VanNess has also been involved in numerous fundraising events with the Children Action Corps.  Mr. VanNess has been awarded the first place prize for the North Shore Star presented by the North Shore Music Theatre and The Beverly Rotary Club.  He is also a recipient of The Coushatta Tribe of Louisiana Career Grant.  Mr. VanNess is also an active member of the New England based group Castle Of Skins which celebrates Black artistry though music.