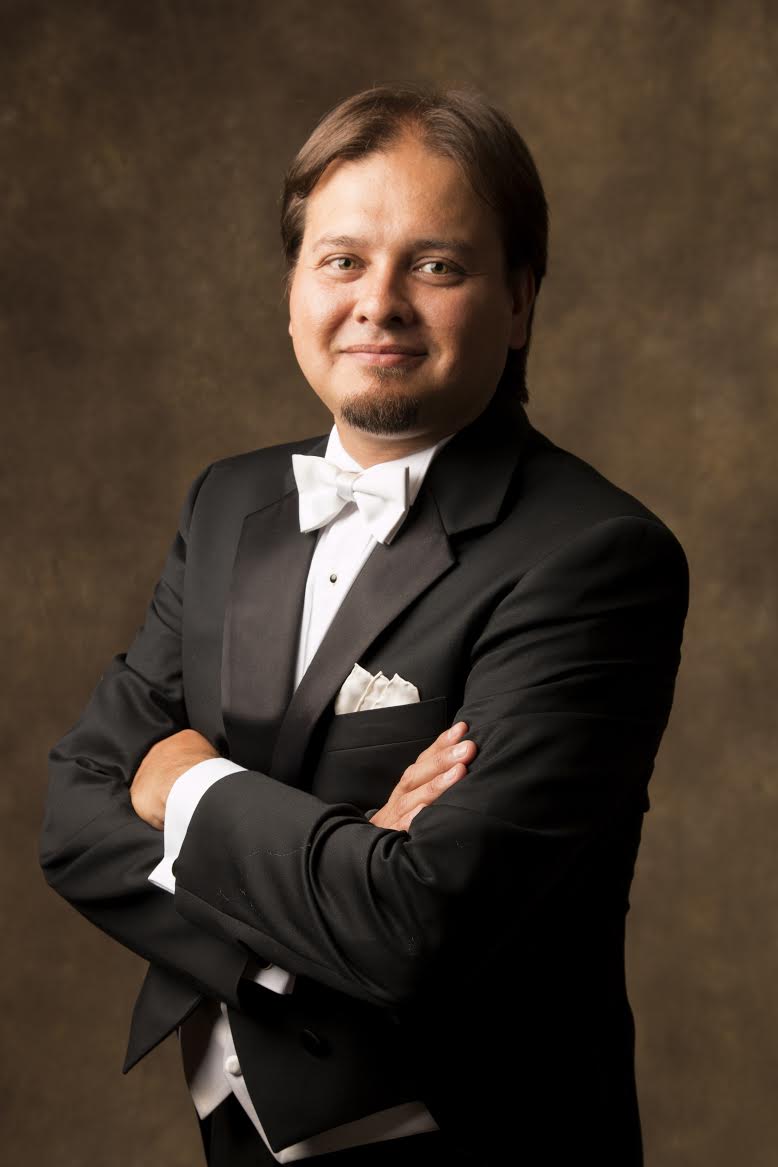 Dr. Héctor Agüero is Assistant Professor of Music at Willamette University in Salem, Oregon where he conducts the University Chamber Orchestra and all Dramatic Vocal Arts productions.  Hailed as “a strong leader with a style everyone can follow,” Dr. Agüero is known for “balancing music’s delights with its demands.” Over the past decade Agüero has earned a reputation as a dedicated music educator.  He maintains an active schedule as a guest conductor, clinician, and adjudicator.  Before joining the music faculty at Willamette, Agüero was the Music Director of the Fort Bend Symphony Orchestra, a staff conductor with the Houston Youth Symphony, and Director of Orchestras as well as instrumental department chair at the prestigious High School for the Performing & Visual Arts in Houston, Texas.
A strong advocate of new music, Dr. Agüero has collaborated with and premiered works by American composers such as Monte Keene Pishny-Floyd and Robert S. Nelson. His choral engagements include The Fisk Jubilee Singers and collaborations with various prominent choral organizations in and around Houston.  In 2010 he and the Fort Bend Symphony Orchestra performed in concert with Grammy Award-winning artist B. J. Thomas. Agüero made his operatic debut in 2006 at the Moores Opera Center in the Houston premier of Rossini’s Il Turco in Italia.  Since then he has continued his love of opera, most recently leading productions of Puccini’s Gianni Schicchi and Thomas Pasatieri’s The Hotel Casablanca.
A native Texan, Dr. Agüero has earned degrees in conducting and music education from the Texas Tech University School of Music in Lubbock where he was a Ronald E. McNair Scholar, and the University of Houston’s Moores School of Music where he received the Schissler Conducting Fellowship. He has studied with Gustav Meier and Kenneth Keisler through Conductors Guild workshops, and John Farrer, Daniel Lewis, and Donald Thulean at the California Conducting Institute.  His primary teachers have been Franz Anton Krager and Gary Lewis. Dr. Agüero’s scholarly interests include music education and orchestral performance practice.  He has done extensive research on the preparation and presentation of children’s concerts.