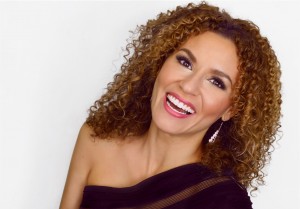 Hailed by Opera News as “blossoming in real time” with “her creamily sung Rosalinde” and in Brooklyn Discovery for her “Truly bravura performance! Generous and ample soprano and strong coloratura”, soprano Haley Sicking has thrilled audiences with her versatile performances in opera, concert, recital, musical theatre, jazz, and early and contemporary music. Haley’s recent performances in New York of Rosalinde in Strauss’ die Fledermaus, received great praise and it is quickly becoming one of her signature roles. “As Rosalinde, Haley Sicking is nothing short of a star: a tireless, secure soprano that managed to be both voluminous and flexible. (Parterre box) Voce di meche also wrote: “If the role of Rosalinde could have been better portrayed by anyone but stunning soprano Haley Sicking, we have yet to imagine it. Her comedic skills are prodigious and her lusty soprano shone in the Czardas.”  Haley recently made her Carnegie Hall debut as a soloist in Rutter’s Requiem and the world premiere of Glasgow’s Requiem. She has also just returned from a concert tour in China where she was honored to perform operatic and musical theatre repertoire in 18 different cities. She has been a soprano soloist with the Dallas Symphony Orchestra, Abilene Philharmonic, and New England Symphony Orchestra in such scenes as Rosalinde, from Die Fledermaus, by Strauss, Hanna Glawari, from The Merry Widow, by Franz Lehár, Marietta, from The Italian Street Song, by Victor Herber, and many others. Haley has performed leading opera roles such as: Rosalinde in Die Fledermaus (German and English), Pamina in Die Zauberflöte; Juliette in Roméo et Juliette; Fanny in La Cambiale di Matrimonio; and Helena in A Midsummer Night’s Dream. Haley has also performed partial roles as Susanna in Le Nozze di Figaro, Liù in Turandot, Fiordiligi in Così fan tutte, Amina in La Sonnambula, Lakmé in Lakmé, Lauretta in Gianni Schicchi, Dorabella in Così fan tutte, and Violetta in La Traviata. Some of Haley’s work with Professional ensembles and choruses, as well as Oratorio work includes: Haydn’s The Creation, Bach’s B minor mass, Faure’s Requiem, Handel’s Messiah, Haydn’s Theresianmesse, Mendelssohn’s Saint Paul, Rutter’s Requiem, Dubois’ The Seven Last Words of Christ, Mozart’s Exsultate Jubilate, O’Regan’s The Ecstasies Above, Poulenc’s Tristis Vinea Electa, Saint-Saens’s Christmas Oratorio, Mahler’s Ich bin der Welt – abhanden gekommen and Vaughan Williams’ Serenade to Music.  A native of Dallas, TX, Haley holds a Master’s in Music from The Cincinnati Conservatory of Music where she studied with Dr. Barbara Paver. She earned a Bachelors in Music from the University of North Texas, where she was awarded the prestigious Winspear Opera Fellowship and the McKinley award for top incoming student. 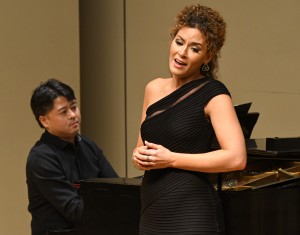