Recipient of the 2007 First Place Award 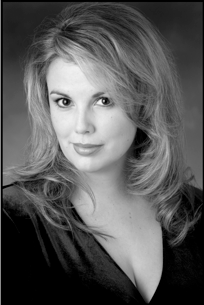 Courtney is a graduate of Indiana University and the Oberlin Conservatory of Music and is known for her portrayal of Mozartian heroines. She has earned distinction in competitions as a winner at the distinct level of the Metropolitan Opera National Council Auditions and received an encouragement award at the Marian Anderson Prize for Emerging Classical Artists.

Most recently, she been a studio artist with Sarasota Opera singing Zofia in Moniuszko’s HALKA.  With Des Moines Metro Opera she was featured as the First Lady in THE MAGIC FLUTE, Donna Elvira in DON GIOVANNI with the Elysium Concert Opera of Philadelphia and as Fiordiligi in COSÌ FAN TUTTE with Opera Iowa in both 2005 and 2006.

Courtney has also covered the Zweite Dame and Pamina in DIE ZAUBERFLÖTE as an apprentice artist with Sarasota Opera and Ashlawn-Highland Opera Festival, respectively.  As an apprentice artist at Des Moines Metro Opera, she covered the role of Elizabeth I in Britten’s GLORIANA, and had many opportunities to explore Wagnerian repertoire including an orchestral performance of Act Three Quintet from DIE KARTENAUFSCHLÄGERIN VON NÜRNBERG.  Some of her other operatic repertoire in performance includes Anna Maurrant in STREET SCENE, Gertrud in HÄNSEL and GRETEL, Die Kartenaufschlägerin in ARABELLA and Zelatrice in SUOR ANGELICA.

Sunday, May 6, 2007
Du bist der Lenz
from DIE WALKURE by Wagner
and
In questa reggia
from TURANDOT by Puccini
Courtney is being accompanied by Scott Holshouser
HD video by Robert Land Productions